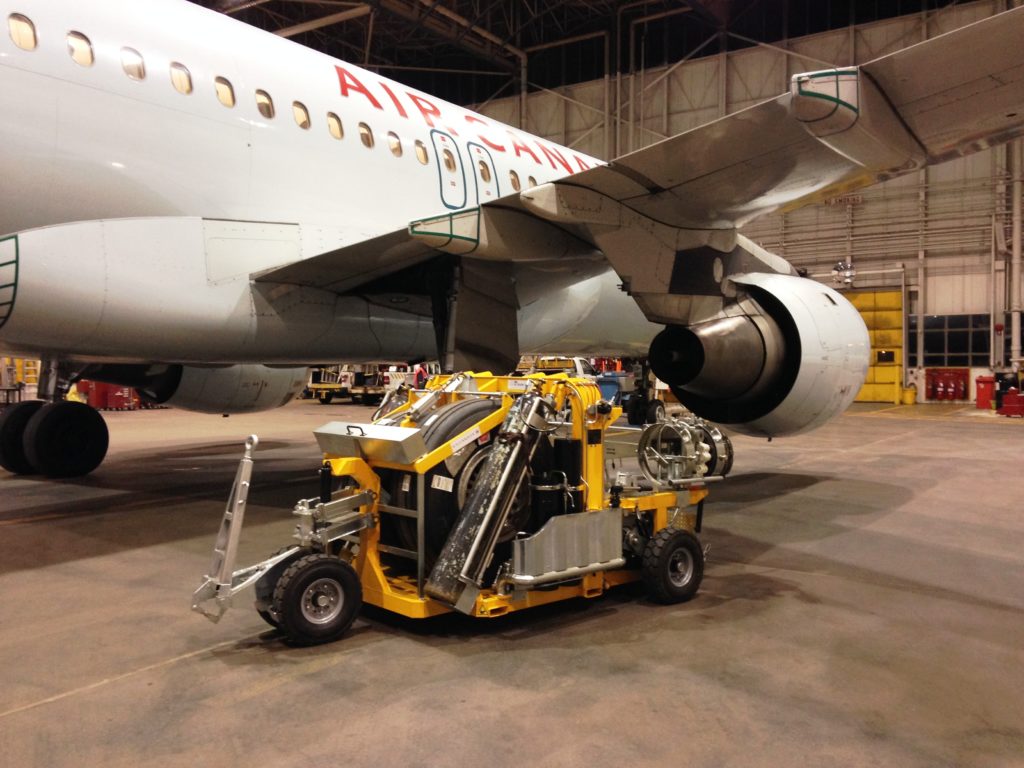 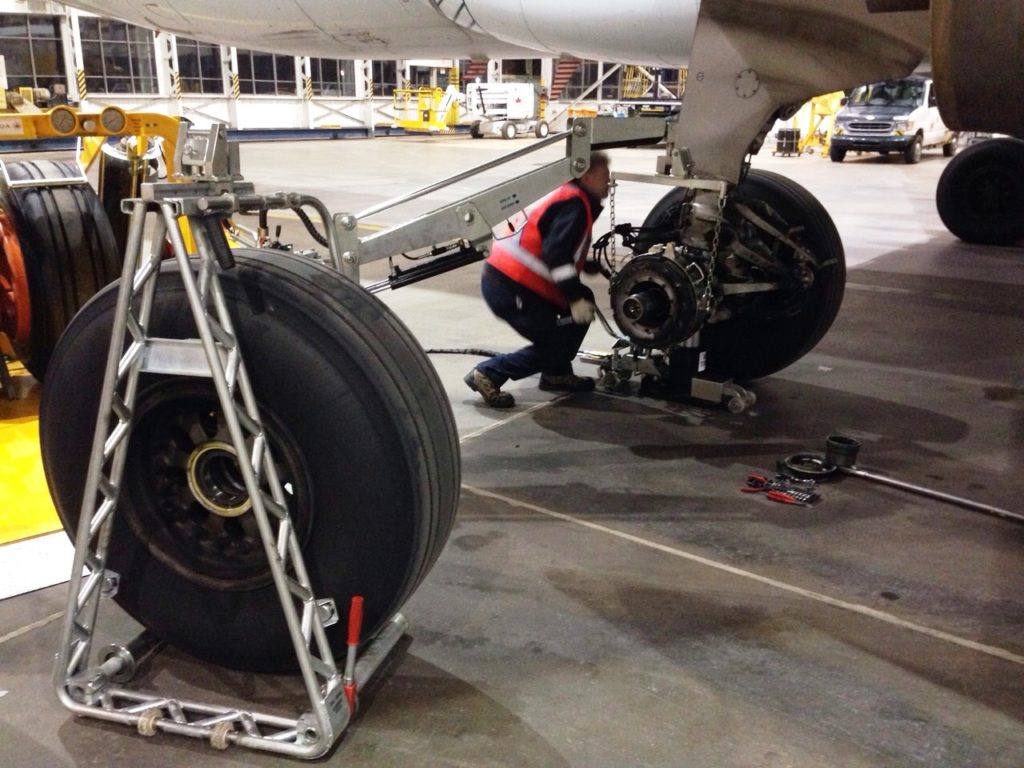 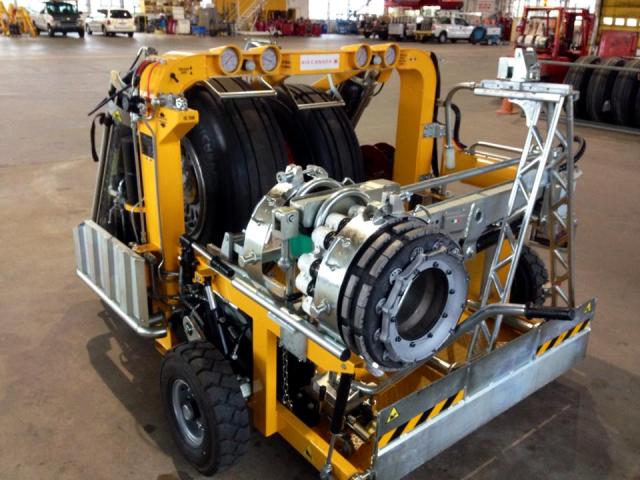 The cart PR-1900 allows the wheels and brakes replacement using only one equipment, including the aircraft lift thanks to the axel jack provided with.

Wheels and brakes replacement is safe, easy and without efforts for the operators thanks to the hydraulic arm.

The cart, ideated to reduce the stay time of the aircraft, allows all the operations saving up to the 70% of the time necessary with the traditional systems.

– The structure is made up of a rectangular loading bed and a central arch.

–  The arch gives the structure three main tasks, the first is to reinforce the whole structure, the second one is to support the arm’s joint and the third one is use as an oil tank.

– During operations, the cart’s floor is completely at the ground (WORKING POSITION) and the loading ramp goes down as well. To move the cart switch to the TRANSFER POSITION.

The switch from transfer position to working position and reverse is hydraulically driven. The cart is towable thanks to its special tow bar equipped with a “spring-elevation system”. The tow bar works as emergency/parking brake, when it reaches the vertical position, it stops the cart. Manual positioning of the cart near to the aircraft is very easy.

– A side-stay-flag, or lateral stabilizer, opens automatically when the cart switches to the working position giving more stability to the entire structure. During this phase the oil automatically flows to the arm and in the 60 Tons jack power source.

– The first part of the arm is hinged to the arch frame with a TORPLESS ALCO, a 5 braking disks system that allows the whole arm structure to be safety equipped. In the central joint of the arm there are 2 other similar braking systems.

– The final part of the arm (the crane) is hydraulically driven thanks to a jotstick and can lift up to 500 kg with a vertical movement range from 300 mm to 1900 mm.

– In order to avoid dangerous movements of the arm, for security reasons, the operator can lock the arm at the current position and release it. This system uses a nitrogen pressure that locks and unlocks all joints.

– The hydraulic power, stored in 2 oil-nitrogen accumulators, is created in 2 ways: 1) during the movement from the hangar to the aircraft a hydraulic pump linked to 1 tyre of the cart, takes oil from the inside of the arch (working as the cart’s tank) to the oil/nitrogen accumulators, to make the system reach 300 bar (4351 Psi); 2) an auxiliary nitrogen-oil pump restores pressure when it goes down to 240 bar (3480 Psi).

– A fixed structure inside the cart, called brakes-holder, holds the new aircraft brake in one side and the used one in the other side. The same structure also holds the crane in the resting position.

– During the brakes assembly-disassembly operations, the arm is lifted and moved manually thanks to a fixed handle and the brakes can be safely managed with a steel belt support and moved with the brakes dolly.

– The wheel-holder is made with a strong tubular structure and on its top it is equipped with a finger (locking device) that allows to safely lock the wheel during movements. The base is made with 2 rolling tubes, one of them has a knurled structure that helps the operator to align perfectly the wheel and the brake, to do this it is sufficient to use a reversible ratchet lever. Moreover, for a complete ground movement, the wheel-holder is equipped with 2 little wheels.

– The 60 Tons jack, even if much smaller than any other ordinary jack, has the same support base and capabilities. The alignment, will be done after manually reaching  correct  aircraft support base for lifting. Pulling the jack lever it will quickly lift up the aircraft and pushing the lever, the aircraft gets down softly. Two oil flow hoses connect  the jack to the system with push-in-terminals.

– Due to these features, the jack takes up minimal space allowing other items to be carried and the cart can keep its minimal overall dimension.